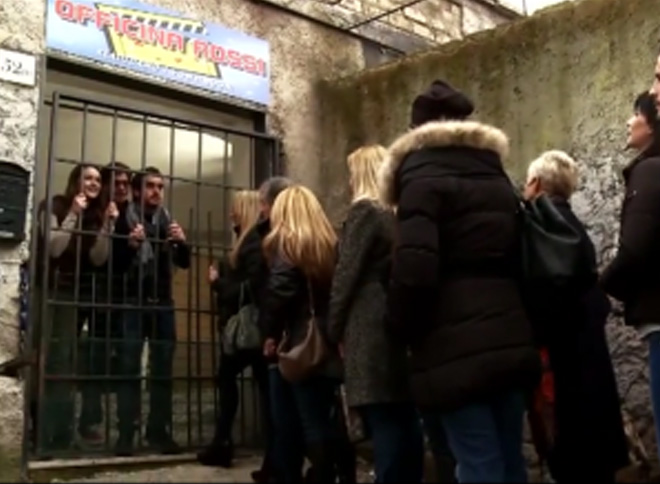 The idea is to open a studio, called Rossi’s Garage and help people in organizing fantastic and emotional surprises or jokes to their love ones, friends, parents, etc. The Three friends will organize everything the surprise, screenwriting, production, filming. Each episode of Rossi’s Garage will tell a different story, with Andrew, Paul and Alice struggling with the “client” of the moment, with its hopes and its desires, anxieties. For each client they will have to invent a surprise, a joke, and film everything. The surprises range from the proposal of marriage, the friend or parent with whom you had a fight many years ago and which has not yet made peace with you, finding the first girlfriend never forgotten, a joke to celebrate the bachelor party of a group of friends and much more surprises.